“I think I was 8 when I decided I wanted to be an actor. I think I was even younger when I knew I loved making people laugh.” Anyone who has met Dryden Joss knows this statement had to come from him. Dryden attended Oak Hill Christian School beginning in the second grade. He continued to study at OHCS until moving to Williamsburg, Virginia with his family just before his senior year of school. Currently he is a senior at Liberty University pursuing a Bachelor's of Science in Cinematic Arts. 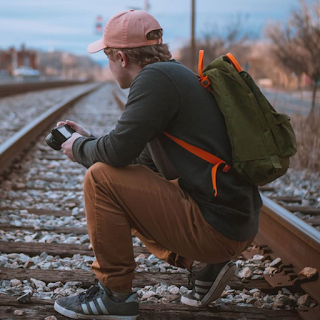 As a senior he has finished filming his thesis work, About Last June, but he is spending time working on other films. During his short career he has directed three films and acted in a few others. Recently Dryden worked as an extra in Messiah, a Netflix series scheduled to be released in 2019. The Trump Prophecy is another film that he has recently worked on. It is a feature length film that tells the story of a former firefighter and a national prayer movement for America's leaders. “I do not recommend The Trump Prophesy . . . I got great experience working with professionals every day for two months. Again, I'm proud of the experience, not the film itself,” says Dryden. He worked as an assistant assistant director, basically, he says, “a production assistant.” This is the role he will have straight out of college.

As May 2019 draws nearer, Dryden is excitedly anticipating graduation and thinking of his next steps: moving to Atlanta, Georgia to act in television and film full time. “Atlanta has a huge film industry! More and more people are flocking to Atlanta to work in film. People choose it over NYC and LA. Most of it is nonunion which is better for people who have less experience (like me).”

He plans to work on set full time as a production assistant while he auditions for film. He has skills in assistant directing and hopes to work his way up to being a professional assistant director. “This will help me network in the industry. I plan to use this skill as a way to leverage myself into a spot where I can act . . . I love both careers but I would prefer acting.”

His main goal is to entertain every person, ever. In preparation he is interviewing professionals and actors who have been a part of the Screen Actors Guild to glean from their experiences and knowledge. He doesn't see himself as an actor who would always be in the media, rather he recognizes that one can be well known and respected without relying on the media for promotion.

“When I was around 12 years old, I decided I wanted to be a film actor so that I could show other celebrities what a relationship with Christ really looks like. I want to be a light to the celebrities, because they have so many people who look up to them. It saddens me that so many celebrities have killed themselves or done drugs. I want to help them.”

Talking about his education, Dryden believes the biggest benefit from studying at Oak Hill was the ability to think. He believes that so many people have grown up without learning how to think logically. “I spent 12th grade at a public school and it was very evident how some of those kids did not think for themselves. Oak Hill was a great foundation for me, because now I am an entrepreneur who thinks logically and has knowledge of the Bible.”

Dryden has fond memories of his studies at Oak Hill. He has a true appreciation for the encouragement from teachers and Mr. Thoburn to work hard. He believes that “Oak Hill is the school to go to if you want your child to learn to think, and create.” 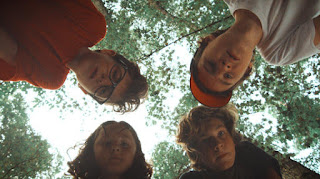 About Last June is a movie that Dryden wrote and directed for his senior thesis in Cinematic Arts. He calls it a classic children's movie. “Think Goonies, The Sandlot and Stand By Me,” he says in way of description of his film. He is currently working on submitting it to film festivals. The movie cannot be released while he is in this process, but he expects it to be available for viewing within the year. So far he has worked over 200 hours on this film.

Not only does it take hours of work that easily add up to working for months, it takes money. Part of submitting the film is the cost. As a college student, funds don't come easily. If you would like to support Dryden's film, use this link to make contributions:
https://www.gofundme.com/dryden039s-senior-thesis-film 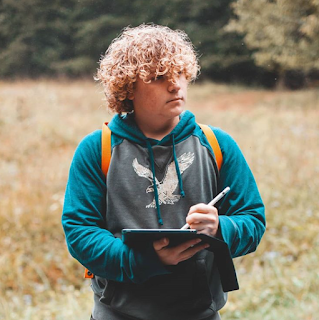 You can also follow his work on his website drydenjoss.com which he is currently transforming from a filmmaker's website to one for an actor; it will include headshots and a demo reel to show off his skills to potential agents. If you have never met Dryden, be sure to follow him on Instagram @drydenjosss . You can see if his vision as an eight-year-old boy (or younger) wanting to make everyone laugh has come true.